LE PAYS MALOUIN
Die Zauberflote:
A marionette theatre of world-wide reputation, a standard within the genre (..) This mise en scene of Die Zauberfloteis fairy-like and shows to full advantage the humour as well as the esoteric and profound dimensions of the opera.

8WEEKLY
The amazing journey of Doctor Faust:
[…] A dark tale brightened in a remarkably humorous way with vivid detail. The observer is soon seized by the illusion and the humour of the performance.

WP / WORLD OF PUPPETRY
The amazing journey of Doctor Faust:
[…] The classic Faust-story is a miracle of craftsmanship, presented from a clear, well thought-out artistic concept and performed by experienced puppeteers, musicians, artisans and lighting crew.

IL GIORNALE DI NAPOLI
Mozart and the astonishing marionettes
Outside it is hailing, and on the higher parts of the Vomero snow has fallen. In the Della Palma Theatre however, a festive warmth is present; a little victory for the marionette theatre from Amsterdam. The quality could both be found in the singers, who had beautiful voices which were suitable for the parts, as well as in the visual aspects thanks to fascinating miracles. This all led to great enthusiasm of the audience.

KOLNISCHE RUNDSCHAU
Sensational guest performance by the Amsterdam Marionette Theatre
The guest performance by the Amsterrdam Marionette Theatre at the International Puppet Theatre Festival in the Augustusburg Castle in Cologne (Germany) may well be called sensational. For a full house Hendrik Bonneur and his theatre brought back to life the glory of the old days. The ‘encore’ with the young Mozart at the clavier was enchanting and got a thunderous applause from the enthusiastic audience.

LA REPUBLIQUE
Bastien & Bastienne:
Last saturday, a marvellous performance was given of Mozarts “Bastien & Bastienne” in the big hall of the castle at Sully-sur-Loire. More than 600 people could hardly suppress their cries of amazement when the curtain went up and they saw the living marionettes which gave Mozarts patoral play so much charm. Mozartlovers could fully enjoy the instrumental ensemble and the voices of the singers who impersonated the young shepherd, the shepherdess and the old magician.
(Festival de Sully-sur-Loire)

Spain: Congratulations! We enjoyed it very much!

Nw Zealand: I’ve never seen anything like it in my life

Ireland: This was a first experience for me – a delight and just right for a summer evening. Thank you for adding to my considerable pleasure in this second visit to Amsterdam

Canada: I came all the way from Canada to see you…

Italy: In 36 years I haven’t had such a good time!

USA: Wonderful. I have not seen such movement in marionettes before. Wow!

‘What a great venue to bring people together. A memory that will last and be talked about for sure. The high tea was fabulous. The quality of the food was amazing.”

‘Everybody loved it. I never heard the caterers put out the food, suddenly the curtain opened and then it was all laid out and waiting for us. It was scrummy, very sensible to choose the Italian menu. It couldn’t have been better.’ 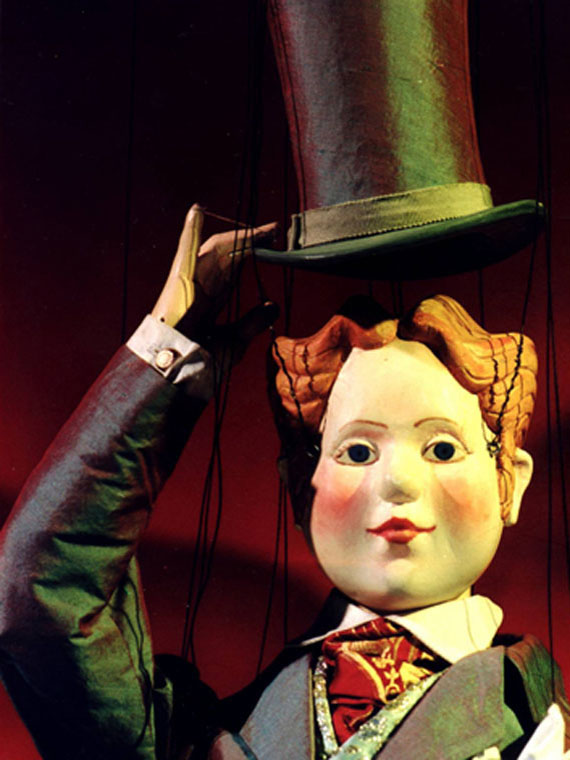